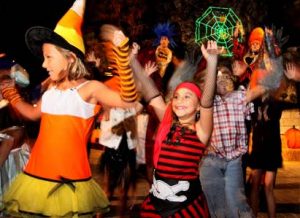 October 31st is Halloween of course! Halloween’s origins go back to the ancient Celtic festival of Samhain. The festival marked the end of the harvest season and the beginning of winter.

As the crops died, farmers believed there was a day when spirits could rise from their graves. During Samhain, Celtic people would dress in disguise to fool and ward off the spirits, hoping to protect their land through the upcoming winter.

In the 8th century, Christians sought to transform the pagan holiday. Pope Gregory III declared Nov. 1 to be the feast of All Saints’ Day. The night before became known as All Hollow’s Eve. During the medieval period, children and poor people would practice “souling,” where they went door-to-door asking for donations or food in exchange for prayers honoring the person who answered the door.

Modern Halloween activities include trick-or-treating (or the related guising), attending Halloween costume parties, carving pumpkins into jack-o’-lanterns, lighting bonfires, apple bobbing, divination games, playing pranks, visiting haunted attractions, telling scary stories, and watching horror films. In many parts of the world, the Christian religious observances of All Hallows’ Eve, including attending church services and lighting candles on the graves of the dead, remain popular, although elsewhere it is a more commercial and secular celebration. Some Christians historically abstained from meat on All Hallows’ Eve, a tradition reflected in the eating of certain vegetarian foods on this vigil day, including apples, potato pancakes, and soul cakes.