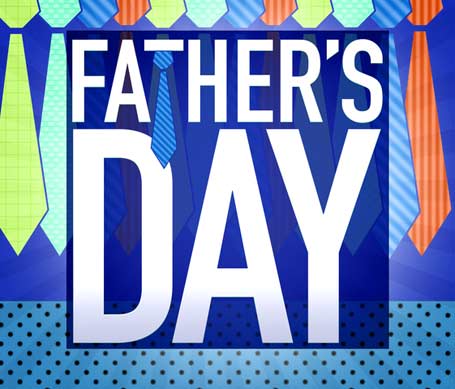 Father’s Day is a celebration honoring fathers and celebrating fatherhood, paternal bonds, and the influence of fathers in society. It is celebrated on various days in many parts of the world, most commonly in the months of March, April and June. It complements similar celebrations honoring family members, such as Mother’s Day, Siblings Day and Grandparents Day.

In the United States Father’s Day was first celebrated on June 19, 1910, in the state of Washington. However, it was not until 1972–58 years after President Woodrow Wilson made Mother’s Day official–that the day honoring fathers became a nationwide holiday in the United States.

How is Father’s day Celebrated?

Many people send or give cards or gifts to their fathers. Common Father’s Day gifts include sports items or clothing, electronic gadgets, outdoor cooking supplies and tools for household maintenance. Father’s Day is a relatively modern holiday so different families have a range of traditions. These can range from a simple phone call or greetings card to large parties honoring all of the ‘father’ figures in a particular extended family. Father figures can include fathers, step-fathers, fathers-in-law, grandfathers and great-grandfathers and even other male relatives. In the days and weeks before Father’s Day, many schools help their pupils to prepare a handmade card or small gift for their fathers.