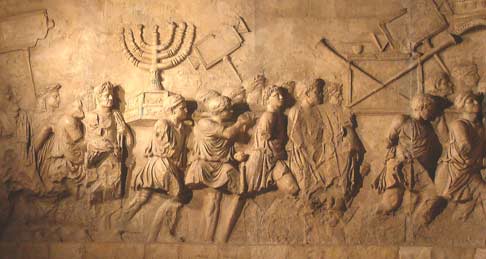 Tisha B’Av is an annual fast day in Judaism which commemorates the anniversary of a number of disasters in Jewish history, primarily the destruction of both the First Temple by the Babylonians and the Second Temple by the Romans in Jerusalem.

The observance of the day includes five prohibitions, most notable of which is a 25-hour fast. The Book of Lamentations, which mourns the destruction of Jerusalem is read in the synagogue, followed by the recitation of kinnot, liturgical dirges that lament the loss of the Temples and Jerusalem. As the day has become associated with remembrance of other major calamities which have befallen the Jewish people, some kinnot also recall events such as the murder of the Ten Martyrs by the Romans, massacres in numerous medieval Jewish communities during the Crusades and The Holocaust.

Nine days prior to Tisha B’Av, a new period of more intense mourning begins. Traditional Jews do not eat meat, cut their hair, or wash their clothes unless they are to be worn again during the nine days. All these actions are considered signs of joy or luxury inappropriate for this time of mourning. Reform, Reconstructionist, and Conservative Jews adopt a varied range of these practices.